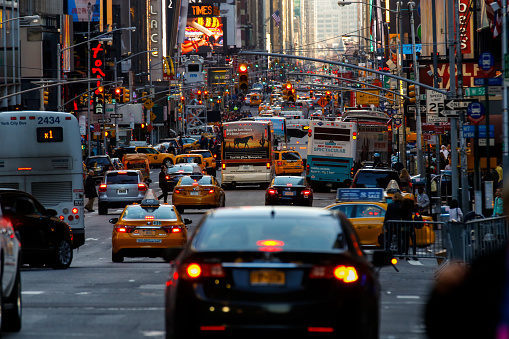 We know it’s hard to get anyone excited about a new auto insurance law. But this time, the law is so important, and the impact that it will have on firefighters is so significant, that we think there is good reason for members to take notice. Our firm was part of the lobbying effort to get this bill passed, and we want to make sure all of our clients know about it.

What is SUM, and why do firefighters need it?

SUM coverage is part of your own automobile insurance policy, and its purpose is to protect you if you are injured in an auto accident by someone who has little or no insurance, or by a hit and run driver who cannot be found. Many people are under the impression that their own automobile liability policy will protect them if they are injured by another driver. This is incorrect. You need SUM coverage for this, and you need the right amount of it.

SUM is extremely important insurance for anyone, but it is doubly important for firefighters. Why? Because you depend upon your physical health to do your job. If you are injured in a non-line-of-duty accident, you may be unable to return to work, and the resulting financial losses can be tremendous. In addition, SUM insurance actually covers many line-of-duty accidents, including injuries that occur while you are rescuing someone else who has had a motor vehicle accident.

For example, we represented a firefighter who badly injured his shoulder while extricating a negligent driver who crashed into a pole. The firefighter was unable to return to full duty, even after multiple shoulder surgeries. The driver had just $25,000 in insurance coverage, which was inadequate to fairly compensate the injured firefighter. In this situation, the firefighter was able to recover an additional $75,000 from his own insurance carrier, because he had $100,000 in SUM coverage on his own policy. To be clear, the firefighter wasn’t hit by a car, or in an any kind of an auto accident himself. His own insurer compensated him because he was hurt rescuing someone else who was in a car accident.

There are an awful lot of drivers on the road who have ridiculously low insurance coverage. In fact, the mandatory minimum coverage that drivers must have for bodily injury liability in New York is just $25,000 per person (and $50,000 per accident). If you or a family member are injured by a driver with one of these minimum policies, it doesn’t matter how catastrophic the injuries, the most you can ever hope to recover from the driver’s insurance company is $25,000. And the insurance company likely won’t just hand that over to you. You’ll usually have to hire a lawyer to get it.

If this insurance is so important, why haven’t I heard of it?

The best way to protect yourself from uninsured and underinsured drivers is by purchasing a sufficient amount of SUM coverage. Under the law, you are entitled to buy SUM coverage in an amount equal to your liability coverage. But here’s the hitch – before now, you had to know to ask for it. The insurance companies weren’t required to tell you anything about this coverage, and they usually didn’t. Instead, they usually tacked on the very bare minimum, again, $25,000 in SUM benefits. That’s ice in the winter for you.

Why don’t insurance companies talk about SUM coverage? It isn’t a moneymaker for them and they have a disincentive to sell more of it. They line their pockets with the premiums from high-cost liability policies, and then undersell the cheaper but equally important SUM coverage.

Insurance companies were routinely selling people very expensive liability policies packaged with extremely minimal SUM coverage. We have had hundreds of people come through our doors with $250,000 liability policies and $25,000 SUM policies. This kind of policy will compensate other injured people, but it will do nothing for you if you are injured by an underinsured driver. For firefighters, who drive long distances to get to work, ride in FDNY vehicles regularly, operate on public roads, and respond to motor vehicle accidents, having inadequate SUM coverage is especially risky.

What does the new law do?

The legislation recently signed by Governor Cuomo, the Driver and Family Protection Act, requires insurance companies to provide all customers with SUM coverage in an amount equal to their liability coverage. Instead of putting the onus on customers to ask for adequate SUM coverage, the law puts the onus on insurance companies to provide it. Customers are free to opt out if they choose.

You should never opt out of this coverage. You should always purchase an equal amount of SUM and liability coverage, and you must consider your particular needs in deciding how much insurance is appropriate for you.

The new law becomes effective on June 18, 2018, and it applies to all new policies and policy renewals. It will not change your existing policy. If your existing policy does not have sufficient SUM coverage, you should call your Insurance Company to add this important coverage now.

How much SUM coverage do I need?

Everyone’s needs are different of course, but one thing we can all agree on is that a $25,000 SUM benefit won’t provide justice to any firefighter who has sustained a serious permanent injury, especially if the accident was non-line-of-duty. For a firefighter with 6 years on the job earning $110,000 a year, and expecting to increase that salary substantially by his 20th year, a career-ending non-line of duty accident is going to be financially disastrous. How will you replace your salary in order to pay your mortgage, your living expenses, your kids’ future college tuition, and all of the other things you expected to be able to do. Assuming you are forced to leave with less than 10 years on the job, your pension will be just a fraction of what you expected when you joined the department. Multiply that future lost pension by your life expectancy after the date you expected to retire (and add your lost income for the years that you would have worked before retirement) and you’re likely talking about a loss of millions of dollars. SUM coverage is one way to replace that lost income.

If you think this scenario is purely hypothetical, I promise you that it isn’t. We represented a 36-year-old Brooklyn firefighter with 8 years on the job. He sustained a career-ending shattered ankle when he was struck by a car whose owner had just $25,000 in liability insurance. He had a $50,000 SUM policy so $50,000 was all we were able to recover for him. The negligent driver had no assets. $50,000 was hardly sufficient to compensate him for his permanent pain, future lost income and future lost pension. We want to make sure that no firefighter is in this position again.

If you have any questions about this new law, or how much insurance is right for you, please call us at [ln::phone] or contact us online for free advice.