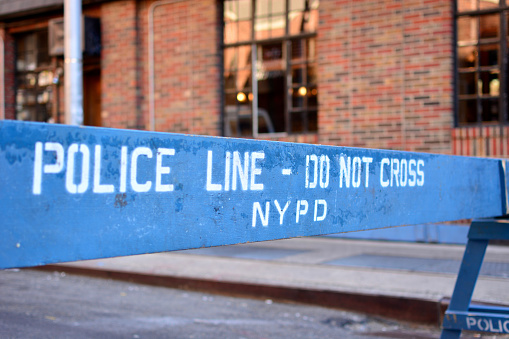 Should the New York State hate crime law that provides enhanced sentencing for attacks based on a victim’s identity be expanded to include peace officers, firefighters and EMTs? State Senator Fred Akshar of Binghamton, a former sheriff’s deputy, thinks so, and he’s proposed legislation in Albany to make hate crime enhancement happen.

New Yorkers were finally getting over the shock of the December 20, 2014 assassination of two NYPD officers, Rafael Ramos and Wenjian Liu, in Brooklyn, when another member of the NYPD, Officer Miosotis Familia, was assassinated on July 5, 2017 in the Bronx. Although instances such as these are still rare, there is a lingering sense throughout New York City that the police and other responders are potential targets.

Although the Monroe County District Attorney’s office handled 16 cases against first responders from 2008 to 2016, one high-profile event in the Binghamton area seems to have prompted Sen. Akshar to push his hate crime bill. According to WHEC.com, in November 2016, Mufid Elfgeeh, incarcerated for recruiting ISIS fighters out of his pizza shop, refused to follow the rules of the special housing unit at the Monroe County Jail. He assaulted Deputy Benn France, who had been called to the cell, damaging the deputy’s knee and forcing him to miss several months of work. Dep. France believes Akshar’s proposed law “would be beneficial to the sheriff’s office as a whole. It gives us another tool we can use to discourage this type of inmate behavior.”

Throughout the country, at least 37 states have enhanced penalties for assaults against responders in the performance of their duties. However, only three others states, Kentucky, Louisiana, and Texas, make assaults against an officer a hate crime.