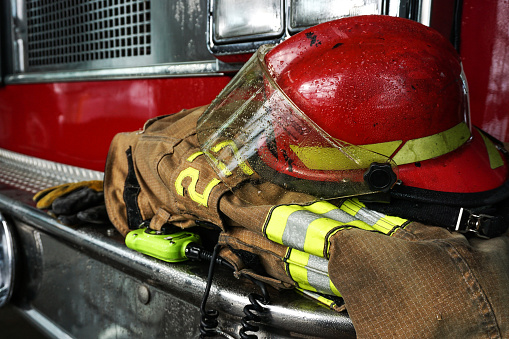 The Ruderman Family Foundation recently released a white paper on Mental Health and Suicide of First Responders, which states that firefighters and police officers are more likely to die by suicide than in the line of duty. The study supports this distressing assertion with recent statistics: “In 2017, there were at least 103 firefighter suicides and 140 police officer suicides. In contrast, 93 firefighters and 129 police officers died in the line of duty.” The study identifies the root cause of the problem as “mental illness, including depression and PTSD (post-traumatic stress disorder), which stems from constant exposure to death and destruction.”

According to research included in the white paper, “PTSD and depression rates among firefighters and police officers have been found to be as much as 5 times higher than the rates within the civilian population, which causes these first responders to commit suicide at a considerably higher rate (firefighters: 18/100,000; police officers: 17/100,000; general population 13/100,000).”

As attorneys representing injured firefighters, we at Barasch & McGarry agree with Jay Ruderman, president of the Ruderman Family Foundation, when he says, “We need to end the silence that surrounds the issue of first responder mental health.” This culture of silence is literally killing heroes who serve us valiantly every day. Perhaps the strongest obstacle for first responders is the shame and stigma they believe is associated with mental illness, especially in a profession that prizes bravery and toughness.

Research has long shown that exposure to human tragedy that directly impacts others causes trauma that can produce PTSD. The empathy that motivates our first responders to run into a burning building will not allow them to simply shrug off the suffering they witness at such an intensely high rate. They must tamp down their emotions to do their jobs in the midst of a crisis, but when that moment passes, they need to find a healthy means of processing what they have witnessed, or depression is an inevitable consequence.

Unfortunately, the white paper notes that “of the 18,000 law enforcement agencies across the United States, approximately 3–5% have suicide prevention training programs.” In this day and age, to have such paltry resources available for such a critical need is appalling. As long as mental health care for first responders remains on the fringes of the culture, responders will be prevented from getting the help they need. As Jay Ruderman says, “Departments should encourage or require first responders to access mental health services annually. This will enable our heroes to identify issues early, and get the help that they need. It will save lives.”